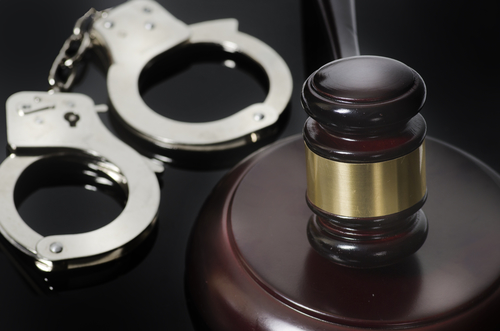 One of the reasons people come to Jail Data is to access arrest records.  They use our inmate feature and then discover that we provide services that help you locate arrest records not only for inmates, but also for people outside of the prison system.  Arrest records help fill in missing information about the convictions that led people to prison team, but also about people who were never convicted of any crimes.

Many people want to know the difference between arrest records and criminal records. It really comes down to your preferred terminology.  For some people, the terms criminal history or criminal record mean conviction history or conviction record.  For other people, those terms include any criminal activity that has ever been associated with a person, from suspicion all the way to conviction.  Usually, the latter meaning is what people have in mind when they run online criminal history searches, but the term remains ambiguous.  However, the term arrest record is considered more precise; it details any crimes for which a person has been arrested, whether or not that arrest resulted in criminal charges, and if those charges then resulted in a criminal conviction.  Sometimes arrest records will even include access to the arrest report or incident report, which is the responding officer’s detailed report about the events leading up to an arrest, which can provide much greater detail than a two or three-word criminal charge in a criminal history.

For the majority of people, an arrest record is more detailed than a conviction history, because not all arrests lead to convictions, while all criminal convictions can be traced back to an underlying arrest or citation of some sort.  However, this detail comes at a price.  We live in a country that believes in the presumption of innocence.  While it may not happen frequently, the fact remains that people are arrested for crimes that they did not commit or that arrests occur when further investigation reveals that no crime was actually committed, such as when a person has acted in self-defense.  As a result, the fact that someone was arrested for a crime should not ever be taken as proof that the person committed that or any other crime.  On the other hand, a person can be factually guilty without ever being convicted of a crime; knowing someone’s arrest history can help fill in the blanks of someone’s background or give you a starting point for questions.  In other words, knowing that a person was arrested for grand theft auto does not mean that you can call that person a car thief, but it does mean that you might want to think twice before lending him or her your car keys!

People ask us what types of information public arrest records contain.  That answer depends on your jurisdiction because some jurisdictions keep better, more detailed records than other jurisdictions and the information publicly available depends on the information kept by a particular law enforcement agency.  Generally, arrest records are going to contain the suspect’s name and date of birth, the crime charged, and sometimes information that physically describes the suspect.  Some law enforcement agencies may even link their arrest records to their police blotters or to official arrest reports, which may give a more detailed version of the events leading to the arrest.
Another question people ask is how long arrests will stay on their free public arrest records.  Most people seem to realize that law enforcement personnel will have or can get access to their entire record, including sealed juvenile records.  However, they have questions about whether all offenses are available to the public.  The simple answer is “no,” but the more complicated answer is that it varies from jurisdiction to jurisdiction.  Generally, a person’s juvenile criminal history, including his or her arrest record, is sealed and is not made public.  However, how a state defines the term “juvenile” can impact what arrests are visible to the public.  In addition, if a juvenile defendant is tried as an adult, then any related criminal records for that crime are not generally going to be sealed.  In addition, many people believe that some arrests will, after a certain period of time, just disappear from their arrest histories.  Some states may have statutory provisions about how long arrests can stay in the public record, and some people with older arrest histories that predate the use of modern databases may have arrest histories that do not appear in general public searches.  However, the reality is that any prior arrest that was not made while a person was a juvenile has the potential of showing up in an arrest records search.  The only way to really be certain whether or not an old arrest will show up in a search is to run your own arrest search and see if it appears.

One of the top questions we get is how to check arrest records online.  The process, itself, is relatively simple.  The federal government, most state governments, and many local government agencies maintain online databases that allow you to check arrest records for the applicable jurisdiction.  The more information you have about the person you are investigating, the better, but most of these services can run a check using just a person’s last name.  However, it is important to keep in mind that there is no single national clearinghouse for arrest records.  If you do not know sufficient identifying information to differentiate the person you are searching from other people with the same name and similar ages and physical characteristics, you are going to have a difficult time determine which arrest history is applicable.  Moreover, if you do not know everywhere that person has lived, any arrest history you find using those state and local databases might be incomplete.  That is why we offer a criminal records search feature, which you can use to simultaneously search through the criminal records of multiple jurisdictions, to ensure you get a full and accurate picture of the person you are searching.

What do you do if you do not know enough information to narrow down your arrest search?  A good background check can help you find more identifying information about the person you want to search.  For example, if you know a person’s address, then you can use that information to find out more facts to use in your arrest record search.  In addition, many arrest records also contain booking photos, also known as mugshots, and you can use these pictures to narrow down your search.

Another question we get is whether there are limitations on the use of free arrest records.  Yes, there are.  It is very important that people understand that if any type of criminal history is to be used in an employment decision, of any kind, the employer use a specific type of background check company.  However, you can use them to make decisions about your personal life.  Because arrest records can contain mistakes, we caution people from assuming that they tell the whole truth.  However, they can help open your eyes to questions that should be asked or issues that need to be addressed.

Not surprisingly, one of the most frequent uses of an arrest record search is for people searching their own arrest records to find out what a criminal background check will reveal.  Does a youthful indiscretion still appear on your record?  Quite a few of us did things in our youth that we are not exactly eager to discuss.  These things can make us look irresponsible or even dangerous to someone who is just casually viewing our personal information.  Therefore, it can be helpful to know whether or not that information shows up in an arrest records search.  If it does, then you have the power to get ahead of the issue and bring it up on your terms, instead of being surprised that something you thought of as ancient history is continuing to impact your daily life.

Another question that many people have is whether some interaction with law enforcement counted as an arrest.  In popular media portrayals of arrests, the moment a person is arrested is always made clear with Miranda warnings and the use of handcuffs.  In real life, not all arrests are so clear-cut.  This is especially true with traffic violations and when a traffic offense might actually show up as an arrest or criminal charge on your criminal history.  Running an arrest record on yourself helps you know what will appear when other people run the same history.

Finally, people run their own arrest records to check for mistakes or errors.  Some mistakes or errors are due to clerical error, but a growing number of them are due to identity theft.  One story that sticks out is from a woman who got pulled over and was arrested because she had a warrant out for her arrest.  She discovered that her youngest sister had used her birth certificate to get a driver’s license and then produced that license when pulled over in a traffic stop.  Some other siblings in the family then ran an arrest records search and discovered that the youngest sibling had taken their identities, as well.  Fixing the problem was a mess, but using their arrest records to discover that they had also been victims of identity theft helped the other members of her family avoid the surprise arrest she faced during what she believed was a routine traffic stop.

If you discover that your arrest record has mistakes in it, then your next logical question is “what can I do to change my arrest history?”  Unfortunately, we do not have a simple answer to that question.  Depending on what mistakes are contained in your arrest record and how they occurred, fixing the mistakes can range from a relatively simple process to a long and complicated process that requires the help of an attorney.  We recommend starting with the law enforcement agency that reported the arrest to find out what steps you need to follow.