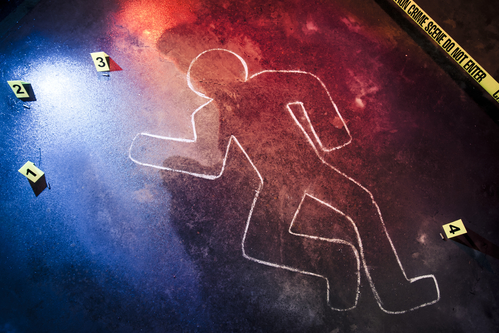 In the American criminal justice system, there are three types of laws: felonies, misdemeanors and lesser laws that might be known as ordinances or infractions.  These laws are differentiated by several factors, including the severity of the offense.  Generally, ordinances or infractions are the least serious type, misdemeanors are the second most serious type of offense, and felonies represent the most serious offenses.  However, the seriousness of an offense is based on multiple factors, which include local perceptions of the offense.  Another factor that distinguishes the laws from one another is the potential punishment for violating the law.  For ordinances or infractions, the typical punishment is a monetary fine, though there may be some community service or even a small amount of time in local jail related to the violation.  For misdemeanors, the punishment can include monetary fines and incarceration, but the potential period of incarceration is capped at a year or less, and the place of incarceration is designated at a jail facility, not a prison.  For felonies, the punishment can include more than a year in jail and the place of incarceration is a prison facility, though some less serious felonies, referred to as state jail felonies, may be punishable by, at most, a year in jail at a state jail facility.  Therefore, a reliable misdemeanor definition is a less serious crime that is usually punished by a fine and a jail sentence of up to one year, to be served in a jail facility and not a prison.

In addition, many crimes that can be charged as misdemeanors can also be charged as felonies.  These offenses are sometimes referred to as wobblers because they can go into either category.  While there is some discretion in whether to charge an offense as a misdemeanor or a felony, there are several factors that help prosecutors make that determination.  Generally, the more severe the crime, the greater the likelihood that it will be charged as a felony.  The presence of a weapon, the commission of multiple simultaneous crimes, or severe harm to a victim all make it more likely that a crime will be charged as a felony rather than a misdemeanor.

Because misdemeanors are less severe than felonies and carry a much lower risk of significant punishment, many people erroneously believe that they do not need an attorney to represent them if charged only with a misdemeanor.  However, the reality is that, while a misdemeanor charge does not carry the same range of potential punishments as a felony charge, conviction of a misdemeanor can carry negative lifelong consequences.  Misdemeanor convictions can impact employment opportunities, make a difference in civil legal disputes, impact family law decisions in a divorce or child custody dispute, and make a difference in how people perceive you in interpersonal interactions.  Even if the charge seems insignificant, the reality is that if convicted of a misdemeanor you are transformed from an average citizen to a convicted criminal.  Therefore, if charged with a misdemeanor it is critical to exercise your right to counsel and hire, not only an attorney, but a criminal law specialist.

Unfortunately, for many people, financial ability is a major barrier to being able to secure competent legal representation.  While there is a right to appointed counsel, the right does not attach to all charges.  In fact, the majority of misdemeanor charges do not trigger the right to appointed counsel for indigent defendants.  An indigent defendant who cannot afford a lawyer on his or her own, is less likely to have a favorable outcome than a defendant who can afford to hire an attorney.  Therefore, the negative impact of misdemeanor charges and convictions tends to hit the economically disadvantaged harder than it does the middle class or upper-middle class. This impact can have a snowball effect, making it more difficult for that person to make appropriate life choices.  There are no quick fixes for this broader social problem, but it does suggest that, if charged with a misdemeanor a defendant needs to do everything possible to hire an attorney at law to represent his or her interests before the court.

One common question is what type of offenses are charged as misdemeanors. Misdemeanor charges can occur across a wide variety of crimes, even crimes that are perceived as being more serious, because a defendant can always be charged with a lesser-included offense instead of the crime for which a person was arrested.  As a result, it is almost impossible to create a definitive list of every crime that could be charged as a misdemeanor in some jurisdiction within the United States.  However, there are some crimes that are routinely charged as misdemeanor offenses.  Many of these are minor crimes that are routinely charged at lower levels, but others are serious crimes where a conviction can have ramifications that extend well-beyond the criminal justice system. These crimes include assault, drunk driving, DWI, DUI, and domestic violence.

Many people think of assault as a physical action that harms another.  While assaults can include an actual physical component, the term assault actually refers to a threat to do harm to another coupled with the present ability to carry out that threat.  Therefore, an assault charge can be based upon threats or actual physical contact and the severity of the charge usually depends on factors such as whether there was contact, how severe the contact was, and whether the accused used a weapon.  Even minor assault charges can be very serious because while employers may be willing to hire people with other misdemeanor convictions, they are usually leery of hiring people with even misdemeanor assault convictions.

Driving while intoxicated is another serious crime that can be charged as a misdemeanor.  Also known as driving under the influence and the acronyms DUI and DWI, driving while intoxicated refers to driving under the influence of drugs or alcohol. State laws dictate whether they are treated as the same offense. Depending on the circumstances, drunk driving can be a felony and a misdemeanor.  Any type of property damage or accident likely elevates a DWI to felony status, as will the presence of prior DWI offenses in a defendant’s criminal history.  Like assault and domestic violence, DWI is a crime that can impact a person’s ability to get a job.  Employers, especially employers that need to trust employees around machinery, may have insurance prohibitions against hiring someone with a DWI conviction.  Furthermore, because DWI convictions are often symptomatic of underlying addiction issues, they are a category of crime where defendants are at high risk to re-offend.  There is little evidence that a purely criminal justice approach lowers recidivism rates.  Therefore, hiring an attorney to work out a deal that includes reputable rehabilitation opportunities may be the best thing, not only for the offender, but also for the community, since DWI offense do put the community at risk.  That is one of the reasons why hiring a competent attorney can help an offender navigate the confusing laws surrounding DUI convictions and might even help an offender find a pathway to help.

While it may seem confusing for people who have never been convicted of a crime, many people with criminal histories are uncertain about what those histories actually reveal.  Given that people can be arrested for, charged with, and convicted of completely different crimes because of changes in charges or plea arrangements, this confusion is understandable.  That is why Jail Data recommends that anyone who has questions about his or her own criminal history run a criminal background check to see what that history reveals.  Some people will be pleasantly surprised to find that older convictions have “fallen off” their records and are no longer available in a public criminal background search.  Other people will be dismayed to find that an offense they believed to be minor actually shows as a serious-level offense.  Having this knowledge can help people prepare for the inevitable questions that come along with having a criminal record.

Of course, after discovering what type of information is available on their publicly viewable criminal histories, many customers then ask how they can expunge their criminal history.  Expungement means to remove, destroy, or obliterate information related to criminal charges.  As you probably suspect, expungement is a fairly difficult process, which requires the person requesting the destruction of the criminal record to provide some type of evidence that they are deserving of having the record removed.  Expungement can be based on other actions that establish actual innocence, like a pardon or a post-conviction release, but that is not usually a condition of expungement.  Generally, expungement is going to be based on the notion that the offender is not a habitual criminal and that expunging the record will help the offender more successfully integrate into “normal” society; therefore, it should come as no surprise that it is much easier to have misdemeanors expunged from one’s criminal record than it is to have felonies expunged.

When records are expunged, they are generally removed from the public record, but remain accessible for law enforcement.  Expunged records cannot legally be used in most employment decisions, but may still be available for background checks when the person will work with an identified vulnerable population.

The expungement process varies from state to state, but there are few states where it is an automatic part of any other component of the criminal justice system.  The exceptions are for juvenile records and for some first-time offenders who have received a diversionary sentence.  The rules for making the request vary from jurisdiction to jurisdiction.  Furthermore, because the process can be complicated, it is advisable to consult an attorney to ensure that you comply with all applicable rules and regulations.