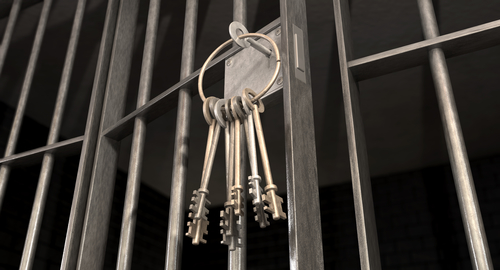 For many years, the rising prison and jail population meant that new prisons and jails, both public and private, were being built to house an increasing inmate population.  However, slowly declining incarcerated populations have brought a halt to the rapid growth of jails and prisons in the U.S.  In fact, many jurisdictions are reconsidering one of the most controversial practices in modern criminal justice: the use of private prison or jail facilities to house inmates.  In fact, in August of 2016, the United State Justice Department announced its plan to stop using private prison facilities to house inmates, a move that many think will be imitated at state and local levels.

In fact, many of the nation’s new jails are embracing a different approach to criminal justice.  Rather than being designed as places suited only for punishment, they are being designed to focus on rehabilitation and provide an atmosphere that is more conducive to people transitioning back into society.  This reinforces the idea that many people in criminal justice have expressed, that it is unrealistic to expect people to transition successfully from the atmosphere in the typical prison or jail to life on the outside because of the tremendous differences in culture between incarcerated and non-incarcerated populations.  Moreover, there is a recognition that even the physical design of the jail building can have a significant impact on how inmates relate to one another and with guards in the building.

In California, San Mateo County’s new Maple Street Correctional Center is one example of this newer, more “compassionate” type of jail.  The 832-bed facility was built to include natural light, and features images of nature on the walls.  It uses radiant floor heating to provide more reliable and comfortable heating for inmates.  In addition, inmates have access to a Zen garden, teaching kitchen, expanded visitation facilities, and computer lab.  The facility is designated for female inmates and low-level male offenders.  The goal of the facility is to help reduce some of the oppressive feelings that usually surround the jail environment.  The oppressive feeling not only impacts inmate mental health, but can also have a very negative impact on the guards and visiting family members.  The jail reflects the county’s commitment to reducing recidivism and an emerging view among criminal justice professionals that treating criminals with basic decency and respect, while teaching them life skills, is a better approach to rehabilitation than strictly emphasizing punishment.

Of course, not all new jails are as promising as the Maple Street Correctional Center.  New Orleans’ jails have long been the subject of derision and charges of corruption, so when the Orleans Justice Center opened in 2015, it was supposed to help alleviate some of the problems in the overcrowded Orleans Parish criminal justice system.  However, shortly after it opened, the facility was named in a prisoner’s lawsuit based on a sexual assault that occurred while the prisoner, a transgender person who identifies as a woman but was born male, was incarcerated in the facility.  The lawsuit alleges that the victim screamed for help, but that no guards came to render aid.  In fact, the construction of the new jail facility did not appear to fix any of the systemic problems facing inmates incarcerated in Orleans Parish Jails.  Prior to the new jail building, there were significant allegations of beatings, sexual assaults, and suicides, which led to Sheriff Gusman entering into a reform agreement with inmate advocates and the U.S. Justice Department.  When those reforms did not occur in a timely manner, Gusman avoided having the jails in his parish placed in receivership by ceding control to a compliance director, but the new jail opened under Gusman’s supervision and, at least initially, repeated many of the problems that existed in the old jails.

However, the Stewart County Jail in Dover, Tennessee is another example of new jail construction that incorporates the criminal justice objectives of the future.  Forced to build a new jail because of overcrowded conditions, the county realized that it would probably need the capability to easily expand jail housing in the future.  Therefore, it designed a jail facility where the infrastructure was already in place to handle twice the number of currently anticipated inmates.  Any expansion could be accomplished by simply building an additional housing unit.  While this new facility does not take the compassionate approach to incarceration that San Mateo County takes, it does offer vastly improved living conditions for the inmates in Stewart County’s custody.  The new jail facility features a central control unit which can be staffed by two officers because of the security cameras that monitor the rest of the facility.  The control tower for the jail’s housing pods has a similar design.  Therefore, the jail’s staffing needs are reduced, without reducing the ability to monitor inmates.  All of the locks in the building are also controlled through the central control room, which allows prison staff to isolate areas where problems may be occurring, which can prevent an isolated problem from spreading throughout the jail facility.  All visitation and meals are done within the inmate housing area, which means that inmates never have contact with anyone other than correctional officers.  This reduces the risk of contraband entering the facility.  The facility also takes the reality of jail into account; the showers have special suicide-prevention features and a fire safety system that allows inmates to evacuate the jail facility without exiting the confines of the jail.