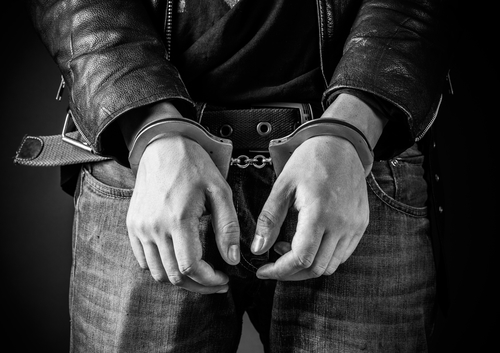 A felony is defined as a crime which usually involves violence and is normally punishable by imprisonment for more than one year or in extreme cases by the death penalty.

As explained in our article about misdemeanors, there are three main types of laws in the American criminal justice system: ordinances or infractions, misdemeanors, and felonies.  Ordinances or infractions are considered the least severe criminal violations and are usually punishable only by fine.  Misdemeanors are considered to be of moderate severity and are punishable by fine and by a jail sentence of up to a year.  Felonies are considered to be the most severe of the three types of crime and are punishable by time in prison, fines, and, in death penalty states, some are punishable by execution.  This felony definition emphasizes that the potential punishment is more important when characterizing a crime than the nature of the crime itself.

Where an offender goes once he or she has been sentenced is one of the critical differences between felonies and misdemeanors.  While there are some state jail felonies, where the offender is sentenced to jail, the majority of felony offenders are sentenced to prison.  In contrast, misdemeanor offenders are sentenced to jail.  Jails can be operated by either a local government or the state government.  Their populations are generally smaller than prisons, and, in the convicted offender population the inmates are far less likely to be convicted of violent crimes than inmates in prison.  Because sentences are shorter, jails may not offer the same rehabilitation opportunities as prisons, but inmates in jails may be able to exercise greater personal freedoms and get more flexibility than prison inmates.  For example, inmates at jails may work in work-release or trustee programs that allow them to interact with the community.  Prisons are generally run by states, the federal government, or for-profit prison companies.  They are meant for the long-term institutionalization of offenders.  In well-run prisons, this means that inmates are given opportunities for education and rehabilitation, as well as being segregated into groups according to the danger they pose to their fellow inmates and guards.  Of the two types of facilities, prison time is considered more difficult and dangerous to serve than jail time, though this can vary wildly according to jurisdiction.

Felonies are considered the most serious of the three types of crime.  Generally, felonies are going to include crimes that cause harm to the victims.  This harm may be physical.  For example, assault, sexual assault, and murder are all frequently charged as felonies.  However, the harm may also be financial.  Thefts of large amounts of money, robbery, and larceny are usually charged as felonies, as well.  Finally, the harm may be to something more intangible than physical safety or property; some felonies are prohibited because they challenge the idea of safety.  Burglary and terrorism are two laws that are specifically labeled felonies because of their potential to inspire fear, and even panic, in the victims.  However, other felonies do not require that type of direct harm to the victim or even that the offender had a single identified victim while perpetrating the crime.  Some crimes that are commonly charged as felonies include: homicide, aggravated assaults, rape, sexual assault, robbery, burglary, kidnapping, and human trafficking.

Like misdemeanors, felonies are usually classified according to severity.  Most states use either an alphabet-system or a numeric to classify felonies into groups.  These are commonly referred to degrees.  The more severe the felony, the closer to the beginning of the classification system I will be.  Therefore, first degree murder is a more serious charge than third degree murder, carrying a higher potential penalty and usually requiring the state to prove additional elements than it would have to prove with lesser charges.  In states that have the death penalty, there is an additional felony classification.  Capital murder refers to murder where the death penalty is one of the potential punishments.  To prove capital murder, the state must prove the same facts as if it charged a defendant with first degree murder.  In addition, the state must demonstrate that either the crime or the defendant comply with the state’s applicable capital murder statute. On the other end of the felony spectrum, a class e felony, which is also known as a level 5 felony, refers to a specific group of felonies that are often classed as non-violent felonies.  However, that non-violent characterization is not always accurate.  For example, in New York class e felonies include third degree rape and negligent homicide, two crimes that are clearly violent.

Many crimes can be charged as either felonies or misdemeanors.  These crimes are referred to as wobblers.  Wobblers frequently fall into the violent crime category and the charging determination is going to be based, in large part, on the damages to the victim.  The greater the damage to the victim, the more likely the crime will be charged as a felony.  In addition, the presence of a weapon during the commission of the crime or a crime being committed during the course of committing a felony make it more likely that the crime will be charged as a felony.  Wobblers become very significant when discussing the topic of plea bargains.  Because felonies and misdemeanors carry different long-term consequences, a defendant charged with a wobbler and facing a likely conviction generally wants to be convicted of a misdemeanor rather than a felony.

A felony conviction carries very severe consequences that go well beyond any potential punishment by the state.  A person who has been convicted of a felony is classified as a felon.  In many jurisdictions, being a felon results in the automatic loss of certain rights.  These rights generally include the right to vote and the right to own a gun.  In addition, being a felon may also come with lifelong responsibilities.  For example, those convicted of specific sexual offenses may be required to register as sex offenders and may be prohibited from living within a certain distance of schools or other areas where there are large numbers of children.  They may also be subject to other restrictions.  For example, in Texas, some groups of sex offenders are prohibited from turning on their porch lights on Halloween, to help prevent them from enticing victims to come to their house.

Because felonies carry such serious lifelong ramifications, it is critical that a person have a lawyer to represent them when they face their charges.  This is true even if a defendant intends to enter a guilty plea.  While any felony charge carries significant consequences, the punishment range for felonies varies tremendously depending on the degree of felony and the prosecutor’s recommended sentence.  Therefore, the crime of conviction is very important.  Depending on the evidence, a good attorney may be able to help you avoid a conviction, and if not, may be able to help you negotiate a good plea bargain.

However, many people face challenges when looking for competent defense counsel.  Indigent defendants are entitled to appointed counsel when facing felony charges.  However, appointed counsel are often overworked and lack the experience necessary to successfully handle complex criminal cases.  When facing felony charges, it is important to hire the best criminal law specialist that you can.

Some of the most damaging felony convictions actually come from wobblers.  Domestic violence, which is defined by assault on a family member, cohabitant, and sometimes dating partners, can usually be charged as a misdemeanor or a felony.  In addition to the criminal consequences, domestic violence charges can trigger some significant civil consequences as well.  Domestic violence can bar people from certain professions and can become a factor in divorce and child custody cases.

Another wobbler that can have serious lifelong consequences that go beyond the criminal punishments attached to it is driving while intoxicated/ driving under the influence.  Also known as DUI and DWI, these terms refer to driving under the influence of drugs or alcohol. While initial simple drunk driving offenses usually result in misdemeanor charges, if there was a car accident, property damage, or a person harmed as a result of the accident, the charges will probably be elevated to a felony.  In addition, in most jurisdictions repeated drunk driving charges receive an automatic enhancement to a felony.

However, DUI and DWI can be complicated offenses.  When a defendant has been charged with multiple offenses, there may be an underlying addiction issue that needs to be handled.  The criminal justice system is poorly suited to handle addiction.  A good attorney may be able to successfully incorporate a treatment program into a sentence or even have the sentence diverted.

If you want to find out if a person has felony convictions, you can always run a criminal background check on that person.  A criminal history will reveal felony convictions.  However, it may not let you know if there are pending felony charges against a person or give you information about the facts or disposition of a case.  To get more information, you may want to look at the court records related to the criminal cases.  In some states, a helpful system known as Court Connect can help you find that information.  Court Connect is an online public access portal where the public can search for case information by party name or case number.  The results provide basic information about the cases including party names, filings, and actions that have occurred in the course of the suit.  Some courts have even begun to provide direct access to court documents through the Court Connect system.

One question that people have about felony criminal records is whether they can be expunged.  To expunge a criminal record means to remove it from the public record, but expunged records generally remain available to law enforcement.  While it is possible to have felonies expunged, states are generally reluctant to do so.  Therefore, we advise consulting with an attorney if you are seeking expungement of felony convictions.